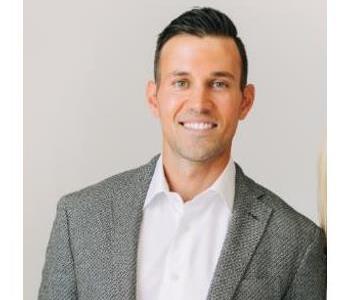 Leader, mentor, and innovative entrepreneur are just a few of the terms most often used to describe Derek Shaw, co-owner of SERVPRO of Hurst-Euless-Bedford.

With over a decade of experience in both the corporate world and as an entrepreneur, he brings the highest levels of leadership, business development, and entrepreneurial innovation to the organization, which sets him apart from all others. Derek is driven by a strong desire to achieve the highest levels of success in every endeavor he embarks on, then takes that success to the next level through his deeply rooted leadership and mentoring skill sets.

Derek was born and raised in Shreveport, Louisiana, where he grew up in humble beginnings, which were laced with struggles and challenges. Through this, he developed a strong work ethic and an impeccable character, which would serve him well in later years. His competitive nature came to life in his love for baseball, and his early successes earned him a full athletic scholarship to Louisiana Tech University. He graduated from Louisiana Tech with his bachelor's degree in sociology and was drafted by the Tampa Bay Devil Rays.

With a strong vision for success and driven by a deeply rooted entrepreneurial spirit, Derek entered into the corporate world and pursued a career in sales and leadership. He took on numerous roles in the medical sales industry. In each role, he earned high accolades for his expertise and quality results.

These years of success in sales and sales management fueled his desire to be a highly successful entrepreneur. He took on that challenge and became a multi-unit area developer for Nekter Juice Bar in the DFW region. Through his highly developed skill sets, Derek gained valuable leadership experience as an executive, scaling the business, managing budgets, along with leading and mentoring staff. 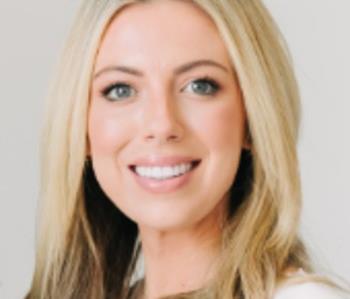 Gabby Shaw brings a sharp customer focus and disciplined work ethic as vice-president and co-owner of SERVPRO Hurst-Euless-Bedford.
In her role, Gabrielle is responsible for leading her team of SERVPRO professionals into the future through exceptional customer service and diligent operational excellence. She oversees three locations in the DFW area.

Gabrielle was born and raised in southern Louisiana, where she was exposed to the family construction business, led by her grandfather and father. At a very young age, she earned a strong work ethic through the family business and understood the importance of having a “roll up your sleeves” up attitude. Determined to find her own success, she attended Louisiana Tech University, where she completed her bachelor's degree in marketing. Throughout college, she consistently set the standard for herself very high and was recognized for her achievements.

After completing her degree, she immediately entered Corporate America with a clear determination for success. She has held positions in sales, management, and independent entrepreneurial ventures. At each step along the way, she gained valuable knowledge, expertise and leadership skills, which would serve her well in later years.

Gabrielle has also been inspired to branch out from the corporate world and explore her entrepreneurial interests, sparked from her background with the family construction business. She earned that opportunity through her ownership interests in Nekter Juice Bar in multiple locations around the DFW area. During start-up, Gabrielle gained the experience of overseeing the build-out of the sites and supervising the construction. This experience gave her great insights and expertise as an entrepreneur, which would serve her well as a SERVPRO franchisee. 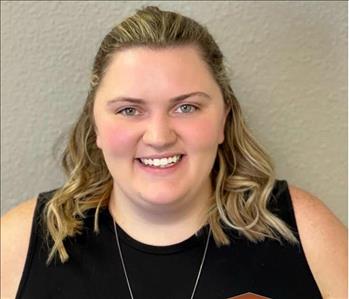 Jessica is our Office Manager. She recently moved back to Texas from California. She is new to our team but not new to SERVPRO.

Jessica brings great organization and cohesiveness to our office. She has been in the restoration industry for 10+ years. Her knowledge of water and fire restoration coupled with her reconstruction knowledge adds great value to our team.

Jessica is a go-getter and an incredible personality to have around the office. 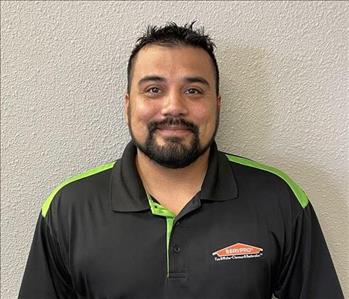 After a 13-year career in the moving and logistics industry, Henry joins the SERVPRO Shaw team as a Production Manager focusing on improving the customer experience and team leadership. Prior to joining our team, Henry progressively moved into supervisory and leadership positions, and later, ran a commercial crating business as a sole proprietor.  Additionally, Henry served in the United States Marine Corps, completing two deployments overseas, and was honorably discharged in 2015. 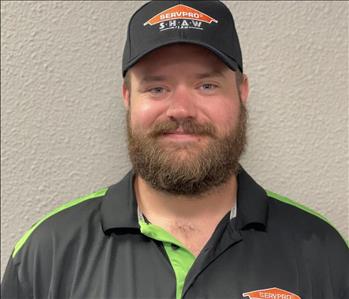 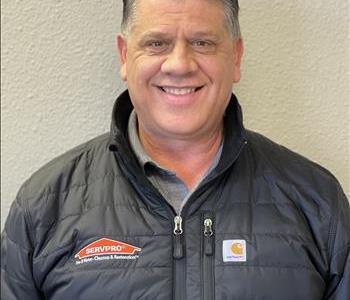 Leland is originally from Shreveport, Louisiana. In his spare time, he enjoys hunting, fishing, and spending time with his kids and grandkids. He enjoys sports and used to play baseball in college! Sean is a Crew Chief here at SERVPRO of Hurst-Euless-Bedford. He is from Saginaw, Texas. He has been with our SERVPRO family for a while now and is an extremely hard-worker. He has the following IICRC Certification: Lead

In his spare time, Sean enjoys disc golfing with his buddies, fishing, and hanging out with his family and friends. His favorite sports teams are: Texas Rangers, Dallas Cowboys, Dallas Mavericks, and Innova Champion Disc. Martina is a new addition to our team here at SERVPRO of Hurst-Euless-Bedford. She is one of the ladies that helps run our textile department. She is in charge of running our Esporta machine. She comes to us with much knowledge in cleaning and restoration as she used to work for another SERVPRO in years passed.

In her spare time, she enjoys working at home. She is originally from Mexico, but enjoys living in the Fort Worth area. Her favorite sports team is the Texas Rangers. Carlos is a big part of our technician team here at SERVPRO of Hurst-Euless-Bedford. He brings much value as he joins us from a different SERVPRO. He has the following IICRC Certifications: WRT.

He is originally from Venezuela but resides in the DFW metroplex. In his spare time, he enjoys cooking and spending time with his family. Jarrod joins us from Lindale, TX.

He is new to our crew but is a very hard worker. He is working now to learn more about SERVPRO so that he can get his IICRC Certifications.

In his spare time, he enjoys watching the Dallas Cowboys, traveling and spending time with his 5 kids!